A new generation of WiFi7 is coming, with a download speed of 30Gbps, but have you used WiFi6? 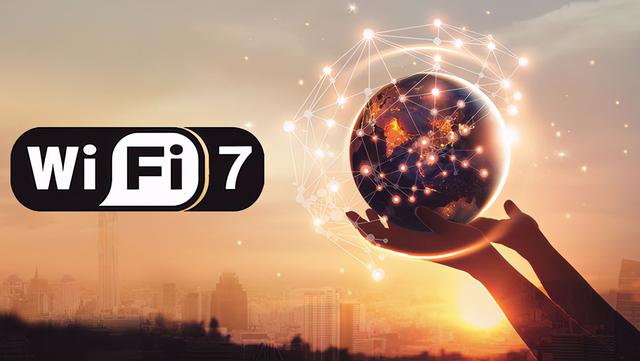 Communications are always evolving , but in addition to mobile technology, there is another technology that is local area network technology. Now for most people, they use traffic when going out. In home WiFi, these two networks have their own advantages. Mobile network coverage is wider, while WiFi You don't have to worry about traffic charges when using it, and you don't have to worry about the quality of the network being degraded due to too many users.

The mobile network has reached the 5G era, but it is clear that WiFi is evolving faster. Before I knew it, WiFi6 was already available. This year, many mobile phones began to support WiFi6E, which belongs to the enhanced version of WiFi6, so it still belongs to WiFi6. However, the next generation of wireless technology WiFi7 is coming soon. What are the characteristics of WiFi7 compared to WiFi6? In addition, the modulation method of WiFi7 is 4096QAM, which can have larger data capacity, and The bandwidth has also been increased to 320MHz, and the maximum download speed of WiFi7 can reach 30Gbps, which is a speed of 3.75GB/S. What is this concept? This means that this speed has exceeded the sequential write speed of many solid-state drives. A Blu-ray movie can be downloaded in less than a second, and even a 100G game can be downloaded in less than half a minute. And MediaTek is preparing to show WiFi7 technology at CES2022, if nothing else, in 2022 There may not be a WiFi7 mobile phone, but there should be a WiFi7 mobile phone in the second half of 2023 at the latest. Of course, the corresponding router will also appear after the mobile phone comes out, but although WiFi7 is coming, I still have to ask, do you use Are you on WiFi 6? Maybe many people haven't used WiFi6 yet. After all, WiFi6 can support 9.6Gbps. The current ordinary WiFi6 routers are 3600Mbps. It is 1200Mbps, so if the broadband at home is still 100M or 200M, it is obviously a bit of a waste of WiFi6, at least gigabit, of course, this is not enough, because it still needs the cooperation of the service provider, because the download speed is also related to the server network speed. It has a lot to do with it, otherwise even if the network speed at home is 1000 megabits, the download is still KB/S, and the experience is not good.

As for video, let alone video, there are not many 4K online sources now, and If you exceed 1080, you still need to open a membership, 1080 video, 100 megabit network speed can be easily driven, WiFi6 is currently the same, not to mention WiFi7, this is a matter that requires the whole industry to upgrade, otherwise the experience can only stay in the experience stage, but the role of WiFi7 is still very obvious. 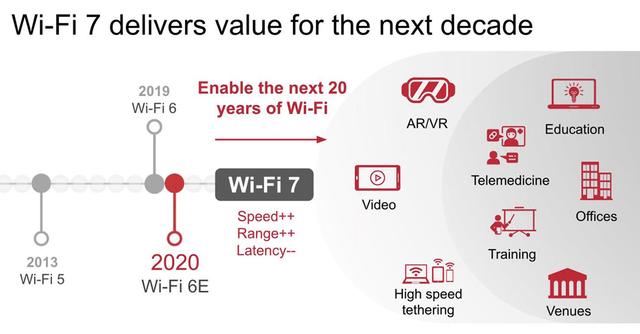 For example, in the future, 8K, and maybe even 16K live video, can be achieved. Online viewing, in addition to cloud games, the remote calculation of games is placed in the cloud, which also requires a very high network speed cooperation, and the recently popular metaverse, such as VR, AR and other virtual technologies, also need Very high network conditions, so some people can't use it and can't use it, and the technology still has to develop.